There were only two major media organisations, Newshub and Prime TV that provided any coverage of this major newsworthy event. They also gave equal coverage to a handful of angry demonstrators who loudly proclaimed “the right of women to kill their children before they are born”.

The media, the fourth estate have an important role to play in being our watchdog and our advocate for a just society, they alone can hold the legislature and the judiciary to account. Why are they not a powerful voice opposing the violence of abortion against women and against our unborn, why have they chosen to be silent? Their silence undermines the trust that the community should have in the media.

Nearly 3,000 men women and children marched from Civic Square to Parliament on Saturday 3 December. They were a voice for the voiceless unborn children who are innocent victims of the government’s war against women and their precious children. It was a call for the government to end the State sanctioned and funded violence against women and their unborn. The killing each year of more than 13,000 innocent and defenceless unborn children is a violation of human rights, a crime against humanity and an intolerable burden on the conscience of our nation.

Why then, the general chilling and frightening silence of the media in defending women and the unborn? The government and Parliament believes wrongly that the debate on abortion is settled and that those who oppose the violence of abortion should be ignored and silenced.

Radio NZ reported at length in the news on the day of the March on a demonstration by 200 local Chinese in Auckland opposed to China’s zero Covid policy. Why did RNZ not consider it newsworthy to report on the nearly 3,000 protesting at the March for Life on the violence inflicted on New Zealand women and their unborn?

The silence of the media will not deter us from continuing to seek justice for women and their unborn, the weakest and most defenceless members of our human family, we will not be silenced, we will not rest until our unborn are recognised as human beings endowed by their Creator with an inalienable right to life.

I wish to lay a formal complaint against the news item of Charlie Dreaver, Political Reporter, “Select Committee delivers report on abortion Bill.” The item was included in Checkpoint on Friday,14 February, 2020.

To assist you I have enclosed copies of my letter of complaint to Radio NZ of 23 February and their response of 7th April 2020.

Mr Bignall states that broadcasting standards require that listeners be made aware of significant points of view over the period of current interest on controversial topics.

I totally support this requirement, however I seriously question the broadcaster’s neutrality and professionalism in seeking comment from Terry Bellamak the President of the Abortion Law Reform Association of New Zealand, on the grounds that ALRANZ is not a significant organisation and that Terry Bellamak does not have a significant point of view that warrants Radio NZ providing her with inordinate coverage.

Radio NZ considers the views of Terry Bellamak significant. In the interest of truth I wish to question that assumption. Ms Bellamak appears to be confused about pro-creation. In her submission to the Select Committee she sought to replace the noun woman from the Abortion Legislation Bill and replace it with “pregnant persons” as it was her contention that men also had uteruses.

It should be known that Ms Bellamak who comes from Arizona, is now a NZ citizen and was elected President of ALRANZ in 2015, having taken over from Dr Morgan Healey, an Irish woman who had been working in the United States.

Terry was previously a senior executive with Goldman Sachs and now works full time for ALRANZ. Our research of the constitution of ALRANZ an incorporated society and its annual financial accounts reveals that Terry is not being paid by ALRANZ. This raises an interesting and important question. Why would a highly paid executive leave the United States to become the unpaid President of ALRANZ? Right to Life believes that Terry is being funded by the mega wealthy pro- abortion movement in the United States.

The inordinate coverage given to ALRANZ by the media, including Radio NZ would suggest that ALRANZ represents a mass movement. This is an illusion as a perusal of the total subscriptions received, shown on the annual accounts of ALRANZ, suggest that it has a national membership of approximately 45 paid up members; hardly a mass movement.

A reading of the constitution of ALRANZ reveals that the quorum for the AGM is six. ALRANZ claims to be a voice for women in NZ. Right to Life vigorously rejects this claim and we believe ALRANZ constitutes a clear threat to the health of women and to the lives of our unborn children. If it is a voice for New Zealand women why can they not find a woman born in New Zealand to be its President and spokesperson?

ALRANZ denies the humanity of the unborn child and believes that the child does not become a human being until it is born. It believes that the killing of a child in the womb is a human right. As Terry has said, in abortion there is no baby here only a fetus. ALRANZ supported the abortion law being changed to allow abortion up to birth for any reason and in fact was concerned that the Abortion Legislation bill did not go far enough. As Terry said, “any reason is a good reason for an abortion”.

Why is Terry promoting the war on women? Terry believes that all persons have the right to bodily autonomy, unless you are an unborn child that is. She also believes contrary to medical science that an unborn child that is being killed does not feel pain in an abortion until it is 29 to 30 weeks gestation, which is scientifically, nonsense.

The community should be aware that ALRANZ has been contemptuous of the rule of law. ALRANZ on its website is encouraging women to break the law and illegally smuggle into NZ dangerous drugs used for medical abortions. A warning was even given by Dr Pippa Mckay, an abortionist, that women were putting their lives at great risk and that women would ultimately die from this illegal use of dangerous drugs.

It is ironical that ALRANZ claims to seek law reform, yet is prepared to encourage women to break the criminal law of New Zealand. It is time that the media recognised that ALRANZ is an anti-feminist organisation that does not represent New Zealand women.

Why would Radio NZ consider the views of Terry Bellamak and ALRANZ significant when:-

Its membership indicates that they have very little support in the community.

They advocate breaking the law to smuggle dangerous drugs across the border.

They promote the killing of the unborn child as a human right up to birth for any reason.

They deny that the unborn child is a human being and a member of the human family endowed with human rights.

They deny the biological fact that only women have a uterus.

A review of Radio NZ items relating to abortion since 2018 indicates a distinct bias towards ALRANZ and against pro-life organisations. The review reveals that there have been 23 news items on abortion. Extensive comment from ALRANZ was included in 7 items and there were 4 other substantial items that featured ALRANZ alone. There were also two items that included comment from the Family Planning Association.

In defence of life there were two items that featured comment from Voice for Life and Family First and one from Family Life International, there were no items that included comment from Right to Life in spite of the fact that our Society issues weekly media releases which include Radio NZ. 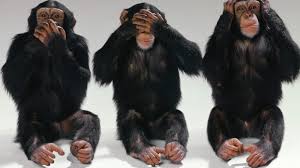 END_OF_DOCUMENT_TOKEN_TO_BE_REPLACED

I wish to lodge a formal complaint against the interview of Amelia Langford of Jacob Daube and Dr Christine Roke  of the New Zealand Family Planning Association. Also included was Suzanne Ehlers, the President, and CEO of Population Action International. The interview was aired on Monday morning, the 3 November, 2013, on the Dateline Pacific programme. My complaint is that the interview breached Principle [d] of the Code of Practice for free to air radio. The principle that when controversial issues of public importance are discussed, reasonable efforts are made or reasonable opportunities are given, to present significant points of view, either in the same programme or in other programmes within the period of current interest.

The programme featured members of the international population control movement and their intention to change the culture in Kiribati to accept contraception and abortion. It is readily acknowledged that Kiribati has a serious demographic problem that is however not going to be solved with contraception, sterilisation and abortion. It is contended that with contraception Family Planning and its allies are exerting pressure on the government to decriminalise abortion to be available as a backup for so called failed contraceptives.

END_OF_DOCUMENT_TOKEN_TO_BE_REPLACED

I wish to lodge a formal complaint against the interview of Cecile Richards, President of Planned Parenthood Federation of America. The interview was aired at 8 am on Saturday 2 November 2013 on the Saturday Morning programme. My complaint is that the interview breached Principle [d] of the Code of Practice for free to air radio. The principle that when controversial issues of public importance are discussed, reasonable efforts are made or reasonable opportunities are given, to present significant points of view, either in the same programme or in other programmes within the period of current interest.

END_OF_DOCUMENT_TOKEN_TO_BE_REPLACED

It is a reality that many women end up regretting abortion. For too long our voices have been ignored and suppressed. Women Hurt is not saying all women who have abortion regret it but a sizeable number do and they are entitled to hear the message that they are not alone and that help, hope and healing is possible.