Right to Life is concerned that Family Planning in their war against women and their precious unborn children are seeking to deceive women into believing that the murder of the unborn child in a medical abortion is a miscarriage.

Family Planning states on its web site that ”an early medical abortion brings on a miscarriage similar to a natural miscarriage.”

“Once you have taken the medication you go home to miscarry the pregnancy.”

Family Planning is seeking to deceive women into believing that a medical abortion is similar to a miscarriage, however it isn’t. The medical definition of a miscarriage is, ”spontaneous or unplanned expulsion of a fetus from the womb, before 20 weeks”.

To call an abortion a miscarriage is untrue and is deeply offensive to women who have experienced pain and grief from the tragic loss of a much loved and wanted baby.

In 2020, 246 unborn children were killed at its Tauranga clinic.

Family Planning is a loyal affiliate of the International Planned Parenthood Federation [IPPF] that was responsible for the killing of more than one million unborn children in 2020. Planned Parenthood supports the forced abortion policy of the Chinese government.

The IPPF promotes worldwide a culture of death under the guise of promoting a “woman’s right to choose”,  but this is a lie. The IPPF and the NZFPA are complicit in the most horrendous human rights abuses against women that the world has ever known. The Chinese Family Planning Association became an affiliate of IPPF in 1983. The IPPF has funded the Chinese Family Planning Association and has cooperated with it in implementing China’s notorious one child family policy, which has now been relaxed.

Sex selection abortions have resulted in 37 million missing girls. Since 1971 there have been 330 million abortions in China.

Right to Life challenges Family Planning to tell the women of New Zealand how the Association  can condone the massive human rights abuses against women in China and claim that they support a women’s right to choose to have a baby?

Right to Life asks, why does the government continue to fund IPPF and the NZFPA in its unrelenting war against women. Why too does the media refuse to expose the anti- life agenda of the NZFPA and treats Family Planning as the champions of women?

President Biden, the 46th President of the United States, stated in his inauguration speech that,” we must end this uncivil war” and that “without unity there is no peace.” President Biden supports the killing of the unborn as a human right. Right to Life believes that It is a tragedy that he does not recognise that peace begins in the womb.

Those who supported slavery, denied the humanity of Negro slaves.

Those who support abortion deny the humanity of the unborn child. When will America learn from its history?

The uncivil war which is tearing the United States apart is the war against its own precious children that has claimed the lives of more than forty five million unborn children since the infamous decision of the United States Supreme Court in 1973. It is the Democratic Party which he leads, that supports the killing and it is the Republican Party that defends the sanctity of life of every child from conception. There will be no peace in America until this violent war ceases. The culture of death will not compromise, it demands complete submission.

Planned Parenthood which funded the 2020 Democratic election campaign with more than $45 million, is responsible for the violent killing in its clinics in America of more than 320,000 innocent and defenceless unborn children every year, has issued President Biden with directions titled, “First Priorities: Executive and Agency Actions.”

“ 1. On day one, the President must issue an executive order unequivocally stating his commitment to protect and expand access to comprehensive reproductive health care, uphold sexual and reproductive rights, including abortion care in the U.S. and around the world and rescind or revoke prior executive actions limiting access to care. This executive order must: ” demands the document listing five pages of demands be implemented by the President within 90 days. It is not known what action Planned Parenthood will take if the President fails to comply with these orders.

The President is directed to demonstrate his commitment to Planned Parenthood by including in his President’s budget $1.66 billion for global family planning and reproductive health programs including $111 million for UNFPA,

The President is also directed to “nominate and appoint individuals for executive branch positions who possess a positive record on reproductive health, rights… “

The pro-life movement has had challenges before and we have always risen to meet, and overcome, them. We will continue to do so, and we will prevail. For the babies and the medically vulnerable, we must. 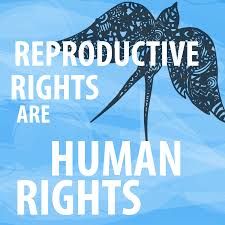 The European Parliament has this week rejected a resolution to adopt the “Estrela Report” drafted by the International Planned Parenthood Federation in Brussels. The report called for abortion to be declared a human right and demanded that all European Union countries legalise abortion. The report demanded that doctors and nurses be obligated to participate in abortions. The resolution called for the mandatory “re-education of doctors and medical students to force them to promote contraception and abortion.”The report also called for mandatory comprehensive sex education in primary schools.

Family Planning should be seen as a serious threat to our children and to the family. Family Planning continue to seduce our children and undermine parental responsibility. The Association is the biggest abortion referral agency in New Zealand. They have obtained a licence to kill unborn children at its Tauranga clinic. It is their objective to turn all their 30 clinics in New Zealand into abortion clinics for the killing of defenceless and helpless unborn children. The Association supports girls under the age of 16 having an abortion without the parent’s knowledge or consent. The Association regularly smuggles girls out of school to have an abortion without the knowledge of parents.

END_OF_DOCUMENT_TOKEN_TO_BE_REPLACED

“It seems to me that really broad swathes of the pro-choice movement seem to genuinely not understand that this is a debate about personhood, which is why you get moronic statements like “If you think abortions are wrong, don’t have one!” If you think a fetus is a person, it is not useful to be told that you, personally, are not required to commit murder, as long as you leave the neighbors alone while they do it…”