The following article is from the LifeInstitute website from Ireland.

Let me leave no-one under any illusions as to where my loyalties lie. I am most firmly pro-woman, pro-child and pro-life. I have been an active campaigner on this issue all of my adult life. I believe in the right to life from conception until natural death and I have come to that position based upon 30 years of exposure to the abortion debate and as a human rights campaigner. Sure, there have been times  (long ago it seems) when I felt the need to examine more closely certain areas of the debate and to seek the advice and opinion of others. In truth, no-one has ever felt restrained from expressing their opinion on the various life-related issues to me.

Most people have an opinion on abortion, in particular, and these opinions have been splashed all over the international media once again in recent weeks. I believe that this most recent episode (Savita Halappanavar), was deliberately exploited by those who campaign for abortion to push their agenda. I am not deluded. I have seen the emails on Google chat discussing how best to use the tragic death of a young mother to further an agenda – five days before the story of Galway hit the papers. I know that those emails revealed n intention to manipulate this tragic case to achieve the legalisation of abortion in Ireland.

END_OF_DOCUMENT_TOKEN_TO_BE_REPLACED

Our Society is concerned to read in your Committee’s report to Parliament for 2012 that it has come to your attention that harassment of medical staff is taking place at the Southland Hospital.

Right to Life and other organisations are totally opposed to the harassment of staff at the Southland Hospital or any other licenced facility. There is a pro-life group in Southland that has taken the name Southlanders for Life, [S4L]. The group is composed of concerned citizens who are opposed to the killing of defenceless unborn children at the Southland Hospital. They are proud of their Hospital and its cherished reputation for protecting the right to life of all of its patients.

END_OF_DOCUMENT_TOKEN_TO_BE_REPLACED 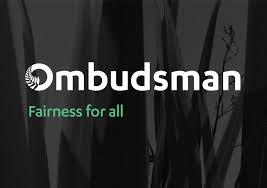 Office of the Ombudsman,

I wish to lodge a complaint against the Abortion Supervisory Committee – [ASC] for declining a request for information. On 8th October I wrote to the Committee and requested under the Official Information Act the following information:

A copy of any correspondence received by the Committee from the Justice Department or Crown Law Office and the Committee’s response on the subject of the judgment of the Supreme Court in the matter of Right to Life v The Abortion Supervisory Committee, sec 73/2011 [2012] 68.

Our request was declined by the ASC under sections 9[2][h] & 9[2][g][i] of the Act to maintain legal professional privilege and to maintain the effective conduct of public affairs through the free and frank expression of opinions by or between officers and employees of any department or organisation in the course of exercising their duty.

Right to Life believes that it is in the public interest for the requested documentation to be released for the following reasons:

END_OF_DOCUMENT_TOKEN_TO_BE_REPLACED

Louise Wall and her same sex advocate friends are pushing their views that it is OK for two men or two women to get married. Such social engineering is an anathema to civil society and will poses far reaching and highly damaging effects on our social fabric.  Even the term same ‘sex marriage is wrong’, itself an oxymoron. Marriage is between one man and one woman.

The bottom line is that marriage is not up for re-definition. Marriage was not created by the state and the state has no business re-defining it.  However this will not stop the push by homosexual advocates to redefine social norms that have stood for millennia. Unfortunately the average New Zealander has not a clue about how legislating SSM will impact our society. Lets forget for a moment the impact on our children.

Lets say that our parliamentarians are foolish enough to vote this bill in. Think that will be the end of the matter?

No, that will not be the end of the matter.  Even should this pernicious bill be passed the homosexual advocates will not stop there. Next will come the challenges to the churches rights to teach that homosexual acts are disordered and sinful as clearly stated in the Bible.  In other words the whole issue of religious freedom will arise and the real danger that freedoms will be eroded.  Lawsuits will be taken out against individuals and churches. Christian teaching on traditional marriage will be attacked.

END_OF_DOCUMENT_TOKEN_TO_BE_REPLACED

I wish to lodge a formal complaint against the item on the interview with Dr Norman Maclean and Ms Allison McCulloch. The interview was on Close Up on Tuesday 16 October 2012.

It is the opinion of this Society that the item breached Guideline 5a of the Code of Broadcasting Practice: Broadcasters should make reasonable efforts to ensure that current affairs and factual programming:

END_OF_DOCUMENT_TOKEN_TO_BE_REPLACED 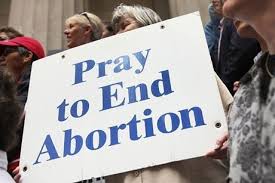 Why is the Abortion Law Reform Association [ALRANZ] conducting a campaign of misinformation concerning the naming of the abortionist and staff at the new secret abortion facility at the Southland Hospital? The real reason is to distract attention away from the violence inflicted on women and the killing of innocent and defenceless unborn children at the Southland Hospital.

ALRANZ supports the killing of unborn children and alleges that the organisation Southlanders for Life seeks to name and shame the abortionist and midwives who assist in abortions at the Southland Hospital. This is patently false. Southlanders for Life have never stated that this is their intention in seeking the names of those involved.

It is understandable that the doctor or doctors performing abortions at the secret abortion facility should be concerned that their names were known to the public, as it could seriously affect their income. Likewise midwives assisting with abortions would be fearful of their names being known to the public as it would result in many women seeking care during their pregnancy to choose another midwife, one who respects and protects the life and wellbeing of the unborn child.

It is not in the public interest that the Southern District Health Board should conspire with the staff involved in the killing of unborn children to withhold their identity from the public in order to protect their reputations and their income from the practice of medicine. The Board should acknowledge that there is no place for secrecy in the public health sector, and release the names of those concerned.

Right to Life is disappointed that Labour MP Maryan Street, in a media release on behalf of the Labour Women’s caucus has been influenced by the false information put out by ALRANZ concerning staff working at the Southland abortion facility

END_OF_DOCUMENT_TOKEN_TO_BE_REPLACED

Update: Maria Corkin and her father Tony Brebner have made the pro-life bulletins available for church use of all denominations and have now produced over 100 separate publications. Right to Life expresses their thanks for this important work which we believe is saving lives. Below we reproduce an earlier post which gives more details. The bulletins are in the format of PDF documents and may be downloaded using the above link from the Right to Life site.

Pro-life Action group: Early in 2010 a group of committed pro-life people, from various Christian denominations in New Zealand, developed the Pro-life Action plan, which aims to promote awareness and understanding of pro-life issues amongst Christians.

The aspects of this simple plan include weekly pro-life bulletins, a pro-life prayer and pro-life signs for churches to use. As a future goal, we also hope to offer seminars to better equip pastors and priests to minister to those coping with an unplanned or difficult pregnancy or suffering after an abortion.

END_OF_DOCUMENT_TOKEN_TO_BE_REPLACED

Recent media attacks in the United States and in NZ have been made  on Rep. Todd Akin, the Republican nominee in the U.S. Senate race in Missouri when he expressed his view that no innocent human being ought to be deliberately killed.  Akin was asked the following question on TV during an interview at St Louis, “"What about in the case of rape. Should it (abortion) be legal or not?"

Akin’s answer was in two distinct parts. The first part of his answer related to the physiological response of the women to the act of rape and Right to Life agrees was totally inappropriate and indefensible. This was substantially  the part that the liberal media and the Democrats jumped on, recognising that the Missouri nominee had handed them a gift on a plate. The feeding frenzy by the media and Democrats has lasted for days and even made headlines here in New Zealand.

However the second part of Akin’s answer was that rapists should be punished but not the children conceived through rape.

Now think about this question,  because how we answer it  will  say a great deal about our values our culture and our society.  Is it OK for some innocent humans to be killed because of the actions of rapists?

Yes rape is horrendous,  and totally abhorrent. But why are not those words also used when the life of the innocent unborn child conceived as the consequence of rape are discussed?  It would seem that many believe we ought to permit the deliberate killing of at least some innocent human beings.

And coincidentally if Todd Akin represents one side of the ‘extreme’ on matters relating to abortion, what does that make President Barak Obama?  As Rich Lowry wrote recently in Florida’s Tampa Bay Times , “The real abortion extremist is Barack Obama, and his extremism is reflected not in clumsy responses to interview questions but in the law of the land.”

This recent article from the New York Times is also recommended.

· Affirms the duty of the Abortion Supervisory to enquire from certifying consultants how they were approaching their decision making in general.

· The Court noted that the Committee had the power to revoke the appointment of certifying consultants where enquiries the Committee makes lead it to believe that consultants are holding views incompatible with the tenor of the Act. The Committee may refer to the Health and Disability Commissioner or the medical disciplinary authorities, the case of a consultant authorising abortions inconsistent with the abortion law.

Right to Life, is however, disappointed that the Supreme Court dismissed the first grounds of our appeal of the judgment of the Court of Appeal. This ground sought recognition that the Committee had the power to review or scrutinise the decisions of certifying consultants and form its own view about the lawfulness of their decisions to the extent necessary to perform its functions.

END_OF_DOCUMENT_TOKEN_TO_BE_REPLACED

The Supreme Court hearing of this action took place on 13 March 2012. The Court on 9th August has now released it’s decision.