Re 18 January. The continued fall in the abortion statistics is encouraging. The abortion ratio, the number of abortions per 1000 known pregnancies is 193 in 2003 it was 247. This proves that the major cause for the reduction is that more women are choosing life for their babies. These women, often alone are truly heroic and deserve the support of the community. The Abortion Supervisory Committee in its report to Parliament for 2013 as in 2012, again claims concern about harassment of those seeking or providing abortion services. and warns of potential violence. The Committee refuse to provide any information on the nature and locality of the alleged harassment, why is this? The pro-life movement refutes the unsubstantiated allegations of the Committee. Members of the pro-life movement have a right to peacefully assemble outside abortion facilities to pray and to offer counselling and help to women seeking to terminate the life of their child. Many women have expressed profound gratitude to those people who offered them unconditional love and support, at their hour of need to help them choose life for their baby. Why does the Committee feel threatened by people praying and offering help?

Right across the world there is right now a battle going on. New Zealand is very much part of that battle. On one side of the battle are the forces that are working to expand and legitimize the killing of unborn children. On the other are those who understand that the killing of our unborn is nothing less than homicide.

In New Zealand those who use euphemisms such as ‘family planning’, ‘choice’, ‘products of conception’ and ‘reproductive health’ keep trotting out the same tired old lies that deny the very humanness of the child in the womb. Abortion of the unborn child is nothing less than pre-natal homicide.

Since the passing of the CS & A Act in 1977 we have lost nearly half a million New Zealand lives to abortion.  Such a loss has been catastrophic for our nation but this is never admitted or even discussed. The impact of this loss and the effects on individual lives are denied and swept under the carpet. Never has there been a larger ‘elephant in the room’.

END_OF_DOCUMENT_TOKEN_TO_BE_REPLACED 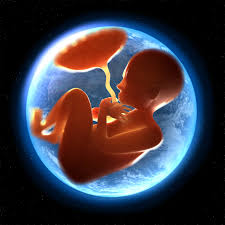 2. We do not regard that letter as adequately responding to the matters that we have raised with you, arising from the Supreme Court judgment.

Recommendation by Health and Disability Commissioner

3. The Committee states that it will not be implementing the Commissioner’s recommendation that it give consideration to drafting guidelines for the assistance of health professionals and consumers. It gives no reason for adopting what on the face of it appears to be an arbitrary rejection of Mr Patterson’s recommendation.

END_OF_DOCUMENT_TOKEN_TO_BE_REPLACED

The following article is from LifeNews.com 7th July 2013

Note: The following was sent earlier this week to National Right to Life. It speaks volumes about a part of the abortion battle that is rarely discussed: its impact on siblings.

About a week ago my mother told me that she had an abortion before I was born. It devastated me. Mourning someone I have never met seems bizarre to me, yet I am so sad. To help me find closure I wrote my half sibling, that I will never meet, a letter.

I think there is a lot of focus on the baby, the mother, or at most the father, which is great and needed, but I also think pointing out the effects an abortion can have for future children would prove to be very impactful. I did not even exist when my half sibling was killed, yet it has affected me tremendously.

Below is the letter:

I wish to lodge a formal complaint against an article titled, ‘New contraception slows abortion rates’. This article was published on July 1 in section A5. It is alleged that the article is in breach of Principle 1, Accuracy, fairness and balance. Our submission is that in articles of controversy or disagreement and that a fair voice must be given to the opposition view.

Right to Life is pro-women, pro-family and has as its main objective to defend the right to life of every human being from conception to natural death. This article had important comment from the Family Planning Association of New Zealand (FPA) on the very important subject of the abortion statistics for 2012. There was no comment from any pro-life organisation. We make the following points regarding the FPA.

END_OF_DOCUMENT_TOKEN_TO_BE_REPLACED

Between the 28th to 30th May, more than 4,000 delegates from 145 countries attended the launch of the third Women Deliver conference in Kuala Lumpur, Malaysia.

What have these women got in common and what do they seek?  Simply a desire to push their pernicious  barrow of what they call ‘reproductive health’,  aka,  peddling chemical abortifacients such as  misoprostol and the practice of  abortion upon women in third world countries where the sanctity of life is still valued and abortion is illegal.

Talk about “The New Imperialism”.

They wish to export the very policies that have caused economic decline, aging population demographics and the destruction of the family in the Western World to the Third. Nice!

Some commentators have described this farce as the “Princess and the Billionaire”. The one complaining of the pea,    the other waving a fist-full of dollars,  while the whole house is burning.

This is nothing less than the pushing of depopulation strategies on poorer nations thinly veiled as being concern for women’s health.

END_OF_DOCUMENT_TOKEN_TO_BE_REPLACED

Gosnell Case Reminds Us that All Abortions are Violence Against Women

Kermit Gosnell was a sadistic monster who performed 40,000 abortions at his filthy unsanitary house of horrors in Philadelphia in Pennsylvania, USA. He specialised in late term abortions with hundreds being born alive. He then killed them by snipping their necks. He was recently found guilty on three charges of murdering infants after birth. He ran a criminal enterprise motivated by greed. He is awaiting sentence.

The following are the restrictions associated with having an abortion in Pennsylvania that are apparently opposed by ALRANZ and which were also opposed by Planned Parenthood as being an infringement on a “woman’s right to Choose.” Abortions may not be performed after 24 weeks gestation. A girl under the age of 16 must have parental consent for an abortion. A woman may not obtain an abortion until at least 24 hours after the attending or referring physician orally informs her of: (1) the probable gestational age of the fetus; (2) the nature of the proposed procedure, including risks and alternatives; and (3) the medical risks of carrying the pregnancy to term.

END_OF_DOCUMENT_TOKEN_TO_BE_REPLACED

The following article ‘Breathtaking conformity’ by Brendan O’Neill is from the  MercatorNet website. Starts…

Anyone who values diversity of thought and tolerance of dissent should find the sweeping consensus on gay marriage terrifying.

I have been doing or writing about political stuff for 20 years, since I was 18 years old, during which time I have got behind some pretty unpopular campaigns and kicked against some stifling consensuses.

But I have never encountered an issue like gay marriage, an issue in which the space for dissent has shrunk so rapidly, and in which the consensus is not only stifling but choking. This is the only issue on which, for criticising it from a liberal, secular perspective, I’ve been booed during an after-dinner speech and received death threats (“If you’re dead, you can’t talk shit about gay marriage”).

Follow this link to read the article on the MercatorNet website. This article provides some thoughtful insights into not only the rise of ‘gay marriage’ but also perhaps into the nature of rapid change in society and what this may mean for all our futures. Might we argue that we can  extrapolate the sociological mechanisms involved here to predict  the destruction of other social norms that have  stood for millennia?  Right to Life.

The third and final Reading of the same-sex marriage bill is now timed to happened on WEDNESDAY 17 APRIL.
So we’ve produced an Update "17 More MPs Needed" which has all the info you need including: how the MPs voted in the 2nd Reading, which MPs you should contact, what should you say, and many other options. There’s plenty you can do to speak up for marriage.

Right to Life comments that  If you think the passing of Louisa Wall’s Bill  (given lots of extra teeth courtesy of the Parliamentary Select Committee who added to it), is all that the homosexual lobby want, then think again.  Have a read of what is happening in the US. 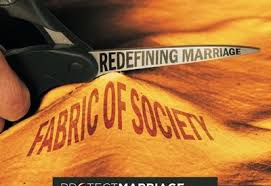 The Following letter was recently sent by the CEO of UK Society for the Protection of the Unborn Child to the Headmasters of all Private schools in Britain warning them of the implications for the UK, should the pending Same Sex Marriage Legislation become Law.  Right to Life warns that  we can eventually expect similar consequences  here in New Zealand if Louisa Wall’s Same Sex Marriage Bill is passed. New Zealand’s Family First believes and Right to Life agrees that proposed ‘safeguards’ in Wall’s Bill purportedly designed to protect those who do not agree with Same Sex Marriage will in fact do so.  We know that the Bill is due back soon from Parliamentary Select Committee following it’s First Reading. The recommendations of this Committee will be tabled in the House on the 28th February 2013.

Note: Several of the terms mentioned in this article relating to homosexual practice are disturbing.

14 January 2013
Dear Headteacher,
Same-sex marriage: The impact on schools
On December 11 2012 the government announced the introduction of such a bill. The impact on schools has been under-reported. We wish to draw your attention to the serious issues your school will face if this bill reaches the statute book:
• Compulsory teaching of same-sex marriage
• Dismissal for teachers with a conscientious objection to teaching about same-sex marriage
• No opt-out for faith schools
• Further promotion of homosexual activity in schools
• Parents undermined.

END_OF_DOCUMENT_TOKEN_TO_BE_REPLACED

You have condemned and murdered the innocent one, who was not opposing you.