Editor-in-chief of The Economist, Zanny Minton-Beddoes

This article is a repost by Michael Cook from the ‘Careful’ section of the Mercatornet website.

The world’s most influential news magazine, The Economist, has a new editor-in-chief, Zanny Minton-Beddoes, its former business affairs editor. One of the very first issues on which she has chosen to campaign is the legalization of euthanasia. This week’s cover story is “The right to die: why assisted suicide should be legal”. It is illustrated by a snuffed candle with a smoking wick.

In a podcast Minton-Beddoes says that there are three reasons for her stand. First, asssisted dying is  one of the great moral questions of our time, especially in the light of ageing populations around the world. Second, it fits neatly into The Economist’s philosophy of promoting autonomy and reducing government meddling. And third, public opinion can truly make a difference.

So, this week’s leader (the editorial) contends that while life may be sacred and suffering may confer its own dignity, autonomy is the truest manifestation of human dignity:

The most determined people do not always choose wisely, no matter how well they are counselled. But it would be wrong to deny everyone the right to assisted death for this reason alone. Competent adults are allowed to make other momentous, irrevocable choices: to undergo a sex change or to have an abortion. People deserve the same control over their own death. Instead of dying in intensive care under bright lights and among strangers, people should be able to end their lives when they are ready, surrounded by those they love.

they are urging readers to accept the boldest scheme on offer: Belgium’s euthanasia for almost anyone who asks for it….

END_OF_DOCUMENT_TOKEN_TO_BE_REPLACED 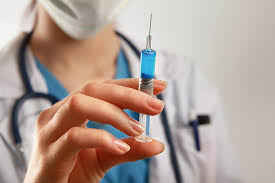 END_OF_DOCUMENT_TOKEN_TO_BE_REPLACED

Dr Rob Jonquiere, the ‘principal architect’ in procuring Doctor Assisted Killing in the Netherlands, has commented on our website in relation to a recent media release made by Right to Life, which challenges his advocacy of euthanasia in New Zealand.

It is a pity Right to Life and its spokesperson Ken Orr did not have the decency to address their concern directly at me, telling me that “I am not welcome in New Zealand”.
That Right to Life has an opposing view from mine when it concerns end-of-life decisions is their good right. I do not know why they do not accept that I have a same right to my view.
Why then – instead of an open discussion – limit your opposition to publications in friendly papers and media; publications by the way that are full of details of myself, my deeds and of the Dutch practice and law,that are not only completely unsubstantiated but even in many cases biased by your own ideas.
Instead of suggesting me not to come, you would show your Christian face meeting with me, openly and respectfully, trying to clarify our differences; trying to get the facts right and finding out where our ideas are alike – and I think we have more in common than you expect – or how we can together address the concerns I have as well as you. Only I believe my concerns can be seen to in a decent law, such as the current Bill in New Zealand and as proven in the Netherlands.
I will be coming to New Zealand anyway – welcome by you or not – and invite you to accept my invitation for a meeting.
Amsterdam, NL
Rob Jonquière,
WF Communications Director

Here is the Right to Life reply to Dr Jonquiere,

END_OF_DOCUMENT_TOKEN_TO_BE_REPLACED

See no evil, hear no evil, speak no evil?

The Supreme Court of Canada in a unanimous decision of the nine Justices in a breathtaking act of judicial, arrogant, imprudence have removed the protection of the law from the most vulnerable members of the community, the seriously ill and the disabled. The Court  has concluded that their lives are not worth protecting. The citizens of Canada should now rise up in anger and demand that their Parliament now legislate with urgency to overthrow the unprincipled and callous decision of this arrogant Court which violates the Canadian Constitution.

Why are many of our Churches silent? This is a further wake-up call for all New Zealanders. We must be alert and active to ensure that the culture of death that is being unleashed on Canada is not unleashed on the most vulnerable members of our community. Be aware that the Labour Party is threatening to bring into Parliament similar legislation here. The price of life is constant vigilance.

The Supreme Court decision strikes down the Rodriquez decision of 1993, which proclaimed the state’s obligation to “protect the vulnerable” which outweighed the rights of the individual to self-determination. Canada now joins the Netherlands and Belgium which have laws that allows doctors to assist in the suicide of their patients.