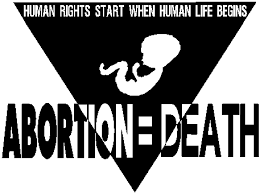 The table shows the amount of money the New Zealand tax payer has paid to the top 10 Abortion Certifying Consultants for approving the killing of our unborn children. Each of these consultants has the blood innocent human life on their hands.

The Number 1 Certifying Consultant by Rank was responsible for authorising the abortion killing of 1341 unborn children. Note this consultant turned down only one request for abortion. In other words this consultant approved 99.93 % of abortion requests. This makes a complete mockery of our laws and reflects a total and utter regard for the right to life of our unborn children.  The contents of this table should fill us all with a sense of horror. We believe that that at least the top two consultants would be the actual abortionist, who would ask only one question of the woman on the morning of the abortion and that question would simply be, are you sure that this is what you want? The fee for that consultation? – $ 135 .

The law requires two consultants to ensure that abortions ‘comply with the law’ and are authorised  supposedly only after full regard is given to the rights of the unborn child.

Right to Life is disappointed in the judgment of the High Court in the case of Right to Life V Abortion Supervisory Committee. This judgment is bad news for women and their unborn. It means that Family Planning which is at the forefront of promoting abortion in New Zealand can now pursue its declared objective of turning all of its 30 clinics into abortion clinics. Right to Life questions whether Family Planning is aspiring to take over the abortion industry in New Zealand?

The Court found in favour of the Committee. Right to Life, when it sought a Declaratory Judgment on the meaning of section 21 [2][b] of the Contraception Sterilisation and Abortion Act 1977, alleged that the Committee had acted unlawfully in issuing a limited abortion licence to the Family Planning Association for its Tauranga clinic. The judgment did however find, that the licences issued to Family Planning in 2014 and 2015 were unlawful.

END_OF_DOCUMENT_TOKEN_TO_BE_REPLACED

Right to Life  believes that the community should be aware that there is a price to pay for defending human rights. Right to Life has recently forwarded the sum of $72,500.43 to the Crown Law office in full and final settlement of court costs awarded by the Supreme Court for previous hearings in the High Court and Court of Appeal.

We find it difficult to understand that although no costs (or any other payment) was sought in the Waihopai case, where very much greater sums were in issue. The Crown at the bequest of the Abortion Supervisory Committee, has now decided to pursue costs. Right to Life believes this was a case in which there was significant public interest and it is clear from the Supreme Court’s judgment that our action brought needed clarity into the law. The message is that if you dare to seek  justice for the unborn then be prepared to face the full force of the State.

It should not have been necessary for Right to Life, with the generous financial support of its members, to have to proceed to the Courts to plead for justice for our unborn with legal recognition of the unborn child as a human being endowed with an inalienable right to life.  It was a great injustice to witness the learned Crown counsel, who should have been advocates for the unborn, eloquently make their case in the Courts that the unborn child was not a human being until it was born. This denial of rights is a legal fiction that has allowed the war on women and the murder of the unborn to continue unabated for decades.  How long is our nation going to remain silent in the face of this monumental injustice? When is the government going to recognise the unborn as members of our community and provide legal protection for their right to life?

END_OF_DOCUMENT_TOKEN_TO_BE_REPLACED

Right to Life has made a complaint to the Health and Disability Commissioner against the  Abortion Supervisory Committee (ASC) alleging that the Committee is not acting in the best interest of women by withholding vital information from them. Have we forgotten the Cartwright Enquiry and its finding that women were not treated with respect? Right to Life alleges that the ASC is in breach of the Code of Health and Disability Services Consumers Rights that are included in the Health and Disability Act 2000. Right six states; You have a right to an explanation of your options and to be fully informed. Right seven states; You have a right to give an informed consent.

The Abortion Supervisory Committee [ASC] has decided to withhold information from women that could save the life of their unborn child. The drug Utrogestan if taken within two days of taking Mifepristone RU 486 for a medical abortion and prior to taking the prostaglandin Misoprostol has a 59 per cent chance of saving the life of the unborn child. At present women are told that once they have taken the Mifepristone, the abortion has commenced and they cannot stop the abortion. This is simply not true.

END_OF_DOCUMENT_TOKEN_TO_BE_REPLACED

The Abortion Supervisory Committee [ASC] has decided to withhold information from women that could save the life of their unborn child. The drug Utrogestan,  if taken within two days of taking Mifepristone RU 486 for a medical abortion and prior to taking the prostaglandin Misoprostol, has a 59 per cent chance of saving the life of the unborn child.

The Committee replied on 30 July; “The Abortion Supervisory Committee (ASC) is confident in the robust pathway that is in place when women are seeking an abortion.  The ASC will not be taking any action regarding the use of Utrogestan to reverse abortions.”

END_OF_DOCUMENT_TOKEN_TO_BE_REPLACED

The Annual Report of your Committee for 2012 discloses that there were 51 abortions for girls under 15. The age of consent is 16 years of age in New Zealand. It is an offence against the Crimes Act for a person to have sexual connection with a girl under the age of 16. It was also reported that there was one case of incest.

I would be grateful if you would advise me under the Official Information Act, what are the duties of certifying consultants when they believe that a crime has been committed against a girl or woman who is seeking an abortion? How many cases of alleged unlawful connection including incest have been reported by certifying consultants to your Committee in the years 2000 to 2013?

END_OF_DOCUMENT_TOKEN_TO_BE_REPLACED

A doctor called Dr N, was recently found guilty of professional misconduct by the Health Practitioners Disciplinary Tribunal for breaches of the Contraception Sterilisation and Abortion Act 1977. She was also found guilty of prescribing the drug Misoprostol unlawfully to four women for the purpose of terminating the lives of their unborn children. Doctor N has been granted permanent name suppression by the High Court. The case is reported on the web site of the Tribunal under recent decisions and is numbered Medical 12/224P.

The Tribunal suspended Dr N from practicing for six months last year and imposed a number of other requirements concerning the conduct of her practice. The Tribunal found that the doctor had acted unlawfully in breach of the Contraception Sterilisation Act 1977. The Act requires that abortions may be authorised by two certifying consultants appointed by the Abortion Supervisory Committee and that pregnancy counselling be available and offered. The law also requires that abortions take place only in a facility licensed to perform abortions. These requirements are there to protect the health and welfare of women and to protect the right to life of unborn children. END_OF_DOCUMENT_TOKEN_TO_BE_REPLACED

A doctor called Dr N, was recently found guilty of professional misconduct by the Health Practitioners Disciplinary Tribunal for breaches of the Contraception Sterilisation and Abortion Act 1977. She was also found guilty of prescribing the drug Misoprostol unlawfully to four women for the purpose of terminating the lives of their unborn children. Doctor N has been granted permanent name suppression by the High Court. The case is reported on the web site of the Tribunal under recent decisions and is numbered Medical 12/224P. END_OF_DOCUMENT_TOKEN_TO_BE_REPLACED

The Abortion Law Reform Association in an open letter to abortionists, admires the bravery of abortionists for providing abortion services, “frequently done at a cost to your own safety and wellbeing, We honour your bravery; bearing the brunt of anti-choice bullying, threats and spurious attempts to make clinic/ medical providers into villains.” “You are the unsung heroes of the medical profession.”

In the Machiavellian world of ALRANZ evil becomes virtue and virtue becomes evil. Pregnancy is not a disease and the killing of the unborn is not a health service. There is nothing heroic or brave for a doctor to exercise his medical skills to invade with deadly murderous intent, the mother’s womb, the sanctuary of the child, where the child terrified at the intrusion, heart racing in terror and mouth open in a silent scream frantically tries to avoid the curette which seeks to tear the limbs of the child from its body.

It is ironic that ALRANZ condemns defenders of life praying outside abortion clinics for the conversion of abortionists and the welfare of mothers and their unborn as bullying and threatening to abortionists. This is a distraction from the real violence perpetrated against vulnerable women and their unborn inside the clinic.

Right to Life believes that these doctors are motivated by true concern for the health and welfare of a woman facing an unplanned pregnancy; they are however sadly mistaken in believing that they can solve a woman’s problem by killing their children. They are not the “unsung heroes” of the medical profession but have sadly become serial killers and a disgrace to the medical profession.

END_OF_DOCUMENT_TOKEN_TO_BE_REPLACED

“Pro-Life is the radical notion that babies are people.”