It is deplorable that the government would contract out the killing of unwanted unborn children to a private company, Magma Healthcare Ltd. This company is owned by well-known abortionist Dr Simon Snook and abortionist Dr David Bivona, previously a member of the Abortion Supervisory Committee’s Standards of Care Committee. (our emphasis)

This government has shamefully abdicated its duty to protect the right to life of our unborn children and the welfare of their mothers. It is equally shameful the the government is now contracting with a for profit company that is prepared to murder our children under the guise that this is health care.

It is believed that this company’s objective is profit. It is appalling that these abortionists are now profiting from their violently killing innocent and defenceless children. This for Profit Company was registered in May 2015 and now has three branches; Palmerston North, Masterton and a new branch launched in April 2020 in Invercargill. The company also provides free government funded abortions for residents of the Wanganui Health Board area. It is estimated that the total number of babies that will be killed by the dedicated staff of Magma Healthcare this year will be about 1,500. It is feared that this company will now be seeking to expand its business and its profitability by establishing additional abortion mills throughout New Zealand.

It is appalling that this company treats women with such disdain and trivialises the killing of the unborn child, the weakest and most defenceless member of our human family. Women who are facing a crisis pregnancy deserve to be treated with the greatest respect, compassion and to consult face to face with caring and ethical medical practitioners. A conversation initiated by a distressed woman seeking a medical abortion from an unknown person answering a 0800 phone number is neither professional nor ethical; our women deserve better.

Our women do not deserve to be treated like this. A woman with a crisis pregnancy is vulnerable. She needs to be offered protection and support, not powerful medications that place her at risk, physically, emotionally and psychologically.

MEDICAL ABORTION BY TELEHEALTH (PHONE)
This company also provides medical abortions for women who cannot or do not want to come to its clinics, they provide medical abortion by tele-abortion (phone) in most cases. At-home abortions do not require the woman to visit one of its clinics. They will have a consultation over the phone with them, explain the medical abortion and take a medical history and organise the investigations that are required. The dangerous and lethal abortion drugs mifepristone and misoprostol are then sent to women by courier to organise their own abortion, to kill their child in their own homes. There are real risks that the woman could haemorrhage and bleed to death.

Eduard Sakiz, the chairman of Roussel Uclaf, the French firm that developed RU486, Mifepristone, said that for women taking this lethal drug, ‘it was an appalling psychological experience and that it was a terrible emotional and physical ordeal.” Women suffered from the terrible guilt that it was because they had taken the lethal drugs, that it was they alone who had killed their child.

Right to Life is opposed to all abortions and believes that if abortions are permitted in law that they must be performed only in Public Hospitals subject to government control and public surveillance. We also urgently request, to protect women and the unborn, the government cease contracting and financing abortions to private businesses. We also request that the government protect women’s health by banning telehealth abortions, as these allow dangerous abortion drugs to be taken outside a Public Hospital. 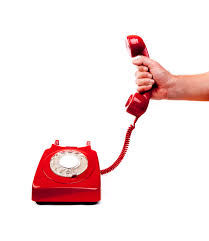 My Society believes that it is of critical importance that women considering the termination of the life of their child in utero have access to professionally trained pregnancy counsellors who are able to provide counselling on all of the options that are available to a woman considering an abortion. Right to Life believes that this counselling should be provided in a face to face interview where the counsellor is able to develop a warm and sympathetic rapport with the woman facing a crisis in her life.

Dr Simon Snook has been quoted as making the following statements with respect to his 0800abortion “service”,

END_OF_DOCUMENT_TOKEN_TO_BE_REPLACED

Thank you to those who’ve signed the petition but the NHS has now removed Archie’s life support and he has now died.

‘Choice’ posits itself as something entirely reasonable, something quite legitimate indeed; Oh how easily it runs off the tongue this word ‘Choice’, as if it were the most reasonable thing in all the world; but all the stinking corruption of hell itself lies crouching at its door.