You are here: Home / Abortion / Dr Duncan Webb MP, “Abortion does not constitute the violent killing of a defenceless child 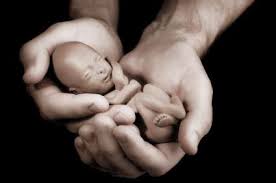 Right to Life is disappointed that Dr Duncan Webb MP, Labour, in response to our Society’s letter of 9 August 2018, stated, “abortion does not constitute the violent killing of a defenceless child.” Dr Webb is a Professor of Law and it is with respect that we challenge this statement which raises many important questions.

The killing is indeed violent, a suction curettage abortion entails the dismemberment of the child by tearing the legs, arms and head off the child. It is the responsibility of the assisting nurse to reassemble the body parts to ensure that all limbs are recovered.

It is indisputable that the child is defenceless it is unquestionably the weakest and most defenceless member of the human family. Why is Dr Webb in denial that abortion violently kills a defenceless unborn child?

Right to Life in our letter to Dr Webb asked if he would support the retention of abortion in the Crimes Act and oppose the decrimialisation of abortion. He replied,” I do not support your position.” Abortion the killing of an unborn child has been prohibited in common law for more than 1,000 years. In 1856 the New Zealand Parliament enshrined it in the Crimes Act in sections  182 and 183 as a very serious crime.

It is a matter of great concern that a learned and highly respected Professor of law supports removing unborn children deemed to be unwanted from the protection of the Crimes Act and making their killing a “reproductive choice for women.” Dr Webb has declined to answer our question, “why do you believe that the violent killing of a defenceless unborn child, should not be a crime?”

Dr Webb has a distinguished record in defending the rights of prisoners and the marginalised in society. Right to Life strongly encourages Dr Webb to become an advocate for mothers and the unborn who are the most marginalised and disadvantaged members of our human family. Today the most dangerous place for a New Zealander is in its mother’s womb. Since 1977 more than 500,000 unborn have been killed in abortions, this is the justice issue of our era. Every day the equivalent of one and a half classrooms of children are taken to our Hospitals to be killed. Why is Dr Webb, his government and Parliament silent at this massive violation of human rights?

“The blood of seventy million dead babies aborted in America cries out from the ground. This is the nation that used its money to threaten other nations forcing them to change their laws to allow abortion, or they would not receive US foreign aid. The result since Roe v. Wade? Over one billion human beings aborted worldwide.”