You are here: Home / Abortion / Stop Pretending that the Abortion Law is Protecting Mothers and Their Unborn 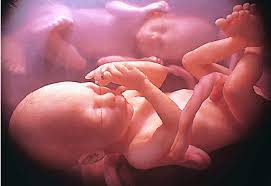 The killing of our children is an intolerable burden on the conscience of the nation.

Dame Linda Holloway, chairperson of the Abortion Supervisory Committee advised the Justice and Electoral Select Committee that, referring to certifying consultants and operating surgeons “those practicing in the field were operating within the law.” Right to Life challenges this claim, what evidence has the Committee presented to Parliament and to the community to justify this claim? Right to Life believes that the vast majority of abortions performed in New Zealand are unlawful. Since 1978 more than 500,000 children in the womb have been killed. Why is our Parliament reduced to a shameful silence?

As early as 1988 the Abortion Supervisory Committee in its annual report to Parliament revealed the unlawfulness of many abortions when they alluded to “the current unwieldy system of the termination of potentially normal pregnancies on pseudo legal grounds.” The Committee has frequently advised Parliament in its annual reports that certifying consultants are applying the law more liberally than Parliament intended. On the 5th November, 2000, Dr Christine Forster chairperson of the ASC stated in the Sunday Star Times; “The vast majority, 98% are approved on the grounds that proceeding with the pregnancy would result in serious danger to the mental health of a woman.” Dr Forster said that she did not believe that all these women were in serious danger. Right to Life knows that the test for the lawfulness of an abortion is the honest belief of the certifying consultant. If the consultant does not genuinely believe in the serious danger to the woman’s mental health then that abortion is unlawful.

Dame Linda told the Parliamentary Committee that the abortion law is offensive and requires tiding up and made inclusive. Right to Life asks her why are you offended at the language of the Act?  Why is this more important than the unlawful killing of more than 141,509 innocent and defenceless children that have been violently killed in the abortion industry since Dame Linda was appointed chairperson by the Governor General in 2007?

“The most merciful thing that a large family does to one of its infant members is to kill it.”