You are here: Home / Abortion / Seven Sharp Mocks The Rights of Fathers of Unborn Children 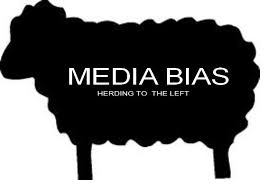 Mike Hosking and Toni Street were talking about the subject of abortion in relation to a new bill by Justin Humphrey a Senator from Oklahoma. (The Oklahoma Assembly House Bill 1441),  a bill that would require women seeking an abortion to first receive written consent from the father.

Hosking made the following comments;

“Do you know what’s interesting about the whole thing and this gives you an insight and this is why Trump got elected to the president,  that there is a part of America, and it is a sizeable part in which people believe things that most of us would not comprehend.”… “watch out for Neil Gorsuch who is the Supreme Court nominee by Mr Trump, if he gets nominated that’s a tip for the Supreme Court to the right which is Roe V Wade which is what this is all about and where this is heading”.

Lets unpack what Hosking is saying here. In the context of his first statement it is quite clear that Hosking is no friend of the right to life of the unborn child. His statement suggests that he is totally opposed to the prospect of any change to the current abortion legislation in the US which is simply open slather on unborn children; abortion for any reason up to birth.

We would ask Mr Hosking what things those would be that “most of us would not comprehend?” Perhaps it is the belief that the unborn child as a human being actually does have a right to life, a right to be born and a right not be killed off for the sake of convenience. It may be difficult for Mr Hosking to comprehend that people should believe such things. Apparently there are a great many people who do believe such outrageous things, as it was the abortion issue that was pivotal for many American voters in deciding between Hillary Clinton and Donald Trump.  Clinton made no pretense that she wanted absolutely no restriction of abortion at any stage even up to birth where babies are dismembered during delivery.  More and more people Mr Hosking have no illusions that the killing of unborn children is murder and that on a national scale the killing represents genocide.

It would be horrendous if people were not shocked by the fact that 60,000,000 US unborn children have been killed in their mother’s wombs since the Roe V Wade Supreme Court decision in 1973. If that were not shocked, it would indicate that something was badly wrong. Thank goodness that the heartland of America has awakened to the terror and reality of this holocaust, the danger that Clinton posed and that the current government looks set to address the wrong.

It is interesting that in the item Seven Sharp presenters emphasis was given to the questionable use of the word “host” by the Oklahoma State Representative Justin Humphrey in moving his House bill. While the use of this term is regarded by Right to Life as inappropriate in that a woman carrying her child is not and should never be referred to as a ‘host’,  the secular media worldwide, pounced on this term. They used it as an opportunity to discredit the views of the ever increasing number of people who now understand the real issue, which is the humanity of the unborn child.

There was also no effort made by Hosking in the item to present balance by airing significant points of view in support of recognition being given to the human rights of men when considering the killing of his child before birth. Hosking took a perspective that was totally opposed to legislation that acknowledges that a father has a right to protect the life of the unborn child that he has fathered. Credit must be given to Toni Sharp in that she did acknowledge the role of fathers.