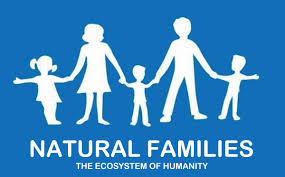 The Organisers of the Christian music festival, Festival One, are to be commended for protecting the families at the festival in January, by requesting the homosexual ‘Wilderpeople Collective’ to remove from their stall materials promoting the dangerous gender identity agenda.

They have given leadership to the whole community that we must stand up and defend our culture from those who seek to destroy it.

Today the family is under unprecedented attack from the  International Lesbian, Gay, Bisexual, Transgender, Queer and Intersex, [LGBTQI] and reproductive rights movement that seeks the destruction of the family under the guise of gender ideology and other dogmas of the new world order.

The government without a mandate from the community, introduced in 2016, a gender identity school sexuality programme, designed by Family Planning and Rainbow Youth. This is the most intrusive and destructive programme of social engineering that has ever been imposed on our community. The new gender theory claims that the biological sex of individuals as man or woman is irrelevant to their identity but represents a “dictatorship of Nature” against their own self-definition, a dictatorship from which they must be freed. A person’s identity is instead determined by his sexual orientation and is therefore flexible, changeable and diverse. Pope Francis condemns this programme and calls this, “a war on marriage.”

God created us man and woman; it is our biological gender that defines who we are. The new ideology rejects God’s plan for mankind and declares that it is our right to choose the gender that we wish to be.  According to advocates there are now a total of 112 genders to choose from.

Unlike the Christian faith however, this set of beliefs is imposed rather than proposed. This is the new religion that denies that we were created in the image and likeness of God. Man has now dismissed God as Creator and placed himself in the place of the Creator with the power and authority to decide what his sex is and what is his gender.

We must defend the family, our children and our community. To do this we must  expose  and oppose  the dangerous and evil gender ideology that is promoted by Family Planning, has become ensconced within the mindset of a number of our MP’s  and which seeks to crush all criticisms of promiscuous homosexual lifestyles.

“While the people are virtuous they cannot be subdued; but when once they lose their virtue then will be ready to surrender their liberties to the first external or internal invader.”

— Samuel Evans – a Founding Father of the United States