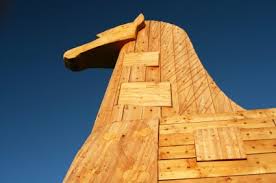 Right to Life welcomes the Abortion Supervisory Committee’s annual report for 2016 which has been tabled in Parliament.

It is noteworthy that the Committee while seeking ‘minor amendments’ to the CS &A Act 1977, has chosen to be silent about its rejected requests for the decriminalisation of abortion. Right to Life believes that the Committee is presenting its ostensibly reasonable requests for ‘minor amendments’ as a Trojan horse. The Committee is aware that there are Labour and Green Members of Parliament who would be delighted to have the opportunity to present to the House, Supplementary Order papers seeking the decriminalisation of abortion. They must not be given this opportunity.

The most dangerous place for a woman in New Zealand today is in her mother’s womb.

If such an order paper was enacted, it would no longer be a crime to kill an unborn child. The child would be deemed to be the property of the mother. It would be her choice whether her child lived or was killed. The decision would be solely hers. Pregnancy is not a disease and abortion is not a health service.

This would be a tragedy for women and for their precious child. Right to Life believes that it would result in an increase in violence on vulnerable women from the many fathers of unborn children who would wishe to abandon the mother and the child that he has fathered.

Right to Life requests that the Minister of Justice the Hon Amy Adams vigorously defends the duty of the Crown to protect women and to defend the right to life of the most vulnerable members of the human family, our unborn. The law should also protect the lives of women.