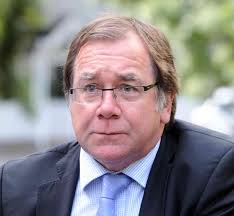 Minister of Foreign Affairs and Trade,

It is understood that Holland, Belgium and Canada have made a commitment to provide funding to the International Planned Parenthood Federation, the United Nations Population Fund and Maria Stopes, to assist them in promoting contraception, sterilisation and abortion worldwide.

This proposed funding is to replace the funding that has been previously provided by the United States. This funding has now ceased as a result of the executive order recently signed by President Trump, re -introducing the Mexico City Policy previously revoked by President Obama.

Right to Life is totally opposed to our government providing funding to the IPPF and the UNFPA who are at the forefront in promoting contraception, sterilisation and abortion worldwide. In 2015 the IPPF reported 964,325 abortions. These organisations are motivated by population control and seek to reduce poverty by killing the children of the poor.

I would be grateful if you would provide my Society with an assurance that our government will not be providing extra funding to IPPF and the UNFPA this year and in future years.