You are here: Home / Abortion / Child Abuse – When will NZ Recognise that it Commences in the Womb? 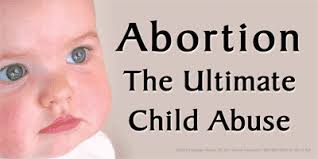 New Zealanders have been deeply moved by the tragic torture and murder by his caregivers, of three year old toddler Moko Rangitoheriri, with thousands marching on our streets calling for an end to child abuse. How many though realise that child abuse begins in the womb?

The most dangerous place for a child today is in its mother’s womb.

Why do we continue to misnomer the lethal violence carried out in the womb as, “an essential reproductive health service”? As a nation we  are deeply ashamed of our child abuse record which is a terrible burden on the conscience of the nation. As a society we experience no difficulty in recognising child abuse inflicted on children after birth. We respond with horror, sorrow, grief and a determination to stop the abuse of these innocent and defenceless children. New Zealand, which has a population a 4.47 million, has one of the highest rates of child abuse in the developed world. It also has one of the worst rates of child death by maltreatment within the family. NZ Police respond to one ‘family violence’ call every seven minutes. Police say that in 60% of domestic violence cases, children are also being abused and indications are that in a similar percentage of child abuse cases, there is also domestic violence occurring. We remember those poor children who suffered appalling abuse before they were killed, Lilly Bing, Nia Glassie, Mikara Riti and the three month old twins Chris and Cru Kahui and now Moko Rangitoheriri.  Every year twelve children die from appalling physical abuse. Their names are engraved on our minds, may we never forget these beautiful children.

Why is it then that while we are implacably opposed to child abuse, we turn a total blind eye to the equivalent of one and a half classrooms of children being violently dismembered and killed in abortions each and every day of the year. Our Hospitals,  sanctioned and funded by the government are the ‘killing stations’ carry out this violence.  This violence is carried out too, against mothers who very often really don’t wish to abort their child are often coerced into it against their own will.

Again though we have to ask  why is it that the government refuses to acknowledge that child abuse begins in the womb? How can the government decree that you may not abuse your child after birth,  but you may have your child killed before birth? Right to Life believes we will not reduce our horrific rates of child abuse in this country until we acknowledge that abortion violence is the ultimate in child abuse and that it takes place on a exponentially greater scale.

Right to Life is disturbed that our nation seem unable to make the connection between the violence that is going on against the unborn, who are the most defenceless members of our human family with the violence that is being inflicted against the born child. This is indeed the elephant in the room of New Zealand society. We choose to ignore at our peril.

All of us have a duty to defend life;  it is always wrong to kill the innocent. As a nation we are suffering from a crippling and destructive  blindness, a refusal to acknowledge the truth that we have a duty to protect the lives of all children, born and unborn. They are all members of our human family and God’s precious children. If we refuse to acknowledge this and remain blind to the glaring hypocrisy of it, then we are likely to continue to see our overall society become more and more violent. New Zealand will reap what it has sown.