You are here: Home / Abortion / Abortion does not Criminalise Women. Why is the Public being led to believe that it does? 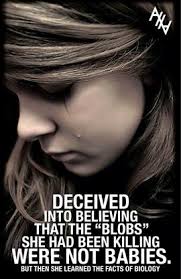 Advocates for the killing of unborn children falsely claim that the abortion laws criminalise women; they don’t.  The abortion laws in New Zealand are in the Crimes Act to both protect women and their unborn.

In the defence of women, Right to Life challenges those who claim to represent women but advocate for the anti-feminist decriminalisation of abortion. Their politically correct language is designed to make lies sound truthful and murder respectable.  They betray women by seeking to remove the legal protection afforded by the Crimes Act, for the health and welfare of women and the life of their precious unborn children.

The Crimes Act does not criminalise women, Section 185,  Female procuring her own miscarriage was repealed on 16 December 1977. Section 183 Procuring abortion by any means, provides for a person who unlawfully administers to or causes to be taken by her any drug or any noxious thing, or unlawfully uses on her any instrument to procure an abortion to be charged before the court.  A person found guilty of procuring an unlawful abortion may be sentenced to a term of imprisonment not exceeding 14 years.

The section specifically states that the woman or girl, the victim of this offence, shall not be charged as a party to an offence against this section.  Why then, do those who seek the decriminalisation of abortion continue to tell women the falsehood that they are criminalised?

Decriminalisation of Abortion Would:

Removing the killing of the unborn from the protection of the Crimes Act would  accelerate and encourage the war against women. Decriminalisation is an assault on the family, the dignity of motherhood and on the unborn child, the weakest member of the family.

Right to Life is totally committed to opposing any move to decriminalise abortion. Will you stand with us to protect the innocent?

“Once you create a situation at law where killing of another person is allowed in certain circumstances, not only will the circumstances in which such killing is endorsed or allowed change over time, but the boundaries, however originally drawn, will be entirely ineffective in providing moral, legal and ethical guidance and restraint.”