You are here: Home / Abortion / Does Labour really care about Children? 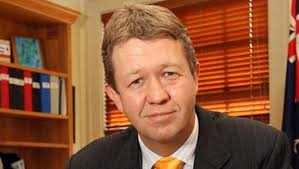 David Cunliffe, leader of the Labour Party has announced that should Labour be elected at the next general election, families receiving an income of less than $150, 000 a year will receive on the birth of a child, $60 per week for the first year. The Labour Party is to be congratulated for offering needed assistance to families. David Cunliffe in announcing this new election policy said that Labour wants to give children the best start and that Labour is putting giving children the best start in life at the heart of our social policy

This statement is challenged, it simply is not true. He is referring solely to children who have been born. The best start a child can have is to be allowed to be born. What then is David Cunliffe’s and the Labour Party’s policy on the right to life of our most vulnerable children, our unborn. Does he not understand that these are the weakest and most defenceless members of our human family?

David Cunliffe stated at a meeting last year to select a leader for the Labour Party that;

“I want to see a woman’s right to choose protected. The current law hasn’t been reviewed for many years and I think that it is now urgent. The Law Commission would be best placed to undertake this review as it is a conscience issue which splits across parties.” So he believes that women have a right to choose to kill their child before birth. However there is no such right?

the Party adopted the policy (brought to the conference by YOUNG LABOUR), to decriminalise abortion. The decriminalisation of abortion would mean that it would no longer be a crime to kill an unborn child; the killing of the child would then be a health matter. The killing of the child would be permitted at the request of the woman for the whole nine months of pregnancy for any reason or no reason.  The real philosophy behind this is that The child is the property of the mother and that she has the right to have it killed. Does Labour plan to campaign on its policy for children before birth?

Our nation should be aware of the anti -life policies of the Labour Party and that the election of a Labour/ Green government will pose a serious threat to the welfare of women and the lives of our precious unborn.

The Labour Party should recognise that abortion is violence imposed on women and their priceless unborn. The Labour Party should recognise that every child at conception is a unique and unrepeatable miracle of creation endowed by its Creator with human rights, the foundation right being an inalienable right to life. The Labour Party in seeking to uphold human rights should seek legal recognition of the personhood of the unborn child endowed from conception with an inalienable right to life.

It is a tragedy for our community that the Labour Party has lost its way. The Labour Party used to have a social conscience that cared for the poor and marginalized in society. In previous years the Labour Party with leaders like Michael Savage, Peter Fraser and Norman Kirk knew that the first priority of government was to provide effective protection for the right to life of every person born and unborn and not to preside over their destruction. Until Labour ceases its support for the killing of our most vulnerable members that party  is unfit to govern.