You are here: Home / Abortion / Henry Morgentaler – A Legacy of Death–Right to Life Media Release 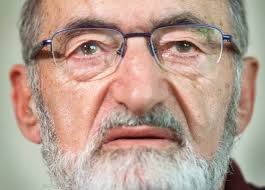 In New Zealand The Abortion Law reform Association together with the Family Planning Association and the Women’s Health Action Trust claim to represent the best interests of women; tragically they don’t. The authentic feminist position was upheld by the international feminist movement of the nineteenth century which opposed the abandonment of women and the violence of abortion.

It is disappointing that these organisations advocate we follow the bloodied path of Canada and decriminalise abortion, removing all legal protection for women and their precious unborn and exposing them to the violence and destruction of abortion.

Henry Morgentaler will stand before the judgment seat of God. His hands are covered in the blood of the innocent. May God have mercy on him and forgive him for his crime of inflicting violence on women and death on their precious infants. May we take heed of the holocaust that he helped to unleash on the women of Canada and resolve to strenuously resist those who would impose this holocaust on our women and their pre-born.

“Make no mistake. Today there are elderly people, at least some of them Māori or Pacific, who will likely be subject to some degree of coercion, if assisted dying becomes legal in a country already distinguished by high rates of Māori suicide, and growing rates of suicide among the elderly.