You are here: Home / Abortion / Family Planning Wages War against Women of Tauranga

The New Zealand Family Planning Association has been granted a licence by the Abortion Supervisory Committee to kill unborn children at its Tauranga clinic. This is the first Family Planning clinic licenced to kill the unborn.The licence permits medical and surgical abortions up to twelve weeks. The Association is expected to use the French murder pill, Mifegyne RU 486 which is a lethal human pesticide which destroys the tiny human being by depriving the child of nourishment causing it to die of starvation.

Abortion is violence against vulnerable women and their precious unborn. Right to Life is opposed to the Association being granted a licence to inflict violence on vulnerable women and kill innocent and defenceless unborn children. Our Society questions why the Abortion Supervisory Committee would grant an abortion licence to such an organisation.

Family Planning is engaged in a national campaign to decriminalise abortion which would allow abortions on women for any reason or no reason up to the birth of the child. The citizens of Tauranga and the Bay of Plenty should rise up and make it known that the Association and its killing centre are not welcome in their community. Communities throughout New Zealand should now be alerted to the threat that Family Planning may in the near future be seeking to open an abortion clinic near you. 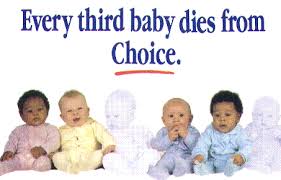 Family Planning promotes a culture of death with contraception, sterilisation and abortion and is the major abortion referral agency in New Zealand. In 2009 the Association announced its intention of seeking licences to kill unborn children at each of its 30 clinics. The Association genuinely believes that it is helping women, it is not. They don’t help women by killing their children. The policy of the Association is that abortions should be available as a back- up for so called failed contraceptives. Abortions authorised for socio-economic reasons are unlawful. Right to Life has serious concerns about the lawfulness of abortions authorised by Family Planning doctors and calls on the Abortion Supervisory Committee to refuse to grant any further abortion licences to Family Planning.

Family Planning is an affiliate of the International Planned Parenthood Federation which supports China’s one child family policy with forced abortions and sterilisation.The founder of the American Planned Parenthood Federation, which is a sister affiliate of Family Planning, was the notorious Margaret Sanger who was a racist and a eugenist, she believed that only the fit should be allowed to live and said , “[Our objective is] unlimited sexual gratification without the burden of unwanted children … The most merciful thing that a family does to one of its infant members is to kill it.”

The Association in 2009 received more than $11 million in government funding. It is deplorable that the government continues to fund this Association which is inflicting so much damage on our communities.

“Parliament has turned this down several times, because its impossible to write legislation that enables choice for a few in a way that makes it safe for everyone else.”