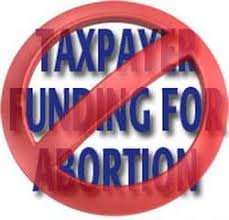 The government should cease funding the New Zealand Family Planning Association [NZFPA], the biggest abortion referral agency in New Zealand. . The government should follow the good example of the United States Congress and State Legislatures who are increasingly aware of the damage inflicted on society by Planned Parenthood [PP], the American equivalent of the NZFPA, both affiliates of the International Planned Parenthood Federation. There are nine states in the United States that have defunded Planned Parenthood because they are concerned at the abortion­­-centred business model pursued by PP and by the damage being inflicted on their communities. Moves to defund PP are being promoted in many other state legislatures. The latest example is the Texas Senate which has defunded Texas Planned Parenthood by withdrawing funding of $64 million. There is a Congressional Committee currently investigating PP for alleged fraud, waste and abuse.

The NZFPA is part of the sex education lobby that is systematically undermining traditional morality and is aggressively promoting an ideology of lustful sexual licence while pretending to be concerned only with the health and safety of young people.  As part of their subversive agenda, the Association has produced ‘a sexual and reproductive health guide for same sex attracted women’ titled “Keeping it Safe” The guide is amoral, and promotes unnatural and degrading sexual practices that denigrate the dignity of women.

The NZFPA and Planned Parenthood are affiliates of the International Planned Parenthood Federation that promote contraception, sterilisation and abortion worldwide, which constitutes a culture of death. They also support China’s one child family policy with forced abortions and sterilisations which are a violation of human rights. This should come as no surprise, as the founder of Planned Parenthood was the infamous Margaret Sanger, who was a racist and a eugenicist. She stated that, “Our objective is unlimited sexual gratification without the burden of children.” and “the most merciful thing that a family does to one of its infants is to kill it.

Right to Life believes that there are many in our community who are totally opposed to Family Planning being funded with our taxes. It would be in the interest of women, the unborn and families if the government defunded Family Planning. I would be grateful if you would advise:

Let this sink in….